The successful partnership between soccer team Bayern Munich and Einhell Germany AG has been continued with the launch of two new licensed products: Following the start of the new Bundesliga season, fans of the German record-holders now also have an opportunity to give their lawns a championship cut. That’s because the club’s fan shop has just added a 36 V Power X-Change cordless lawn mower from Einhell in an FC Bayern Special Edition to its stock. Another new arrival is a powerful cordless impact drill/screwdriver in Bayern colors. 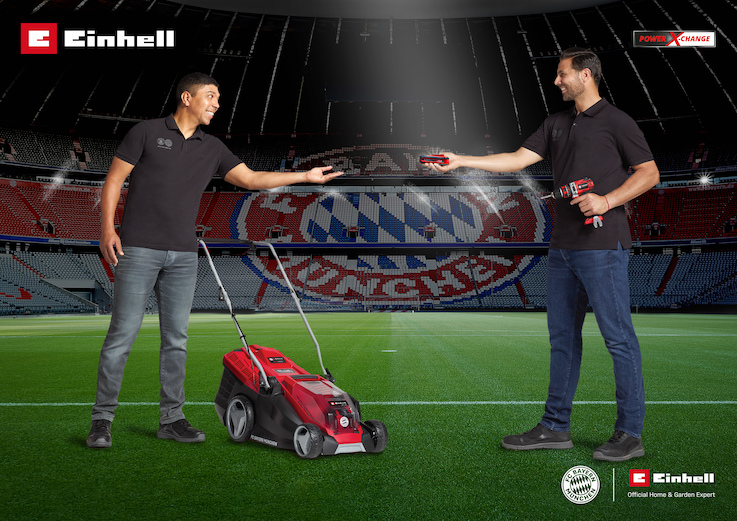 To ensure that fans of Bayern Munich also get to enjoy the freedom of cordless operation, Einhell Germany AG, Official Home and Garden Expert and Gold Partner of Bayern Munich, has developed two licensed products.

New arrivals in the fan shop

To ensure that fans of Bayern Munich also get to enjoy the freedom of cordless operation, Einhell Germany AG, Official Home and Garden Expert and Gold Partner of Bayern Munich, has developed two licensed products. These are available in the Bayern fan shop as of now. The cordless GE-CM 36/36 Li lawn mower in the FC Bayern Special Edition guarantees a championship cut for the grass in any garden.

The cordless lawn mower is a member of the Power X-Change family and is recommended for lawns up to 400 square meters in size. The high-wheeler in Bayern Munich colors is driven by a brushless Einhell motor and comes with 6-position central cutting height adjustment, a folding height-adjustable long handle with 3 settings, and a grass box with level indicator. The mower is fitted with an integrated carry handle. As well as two 4.0 Ah batteries, which are compatible with all Power X-Change cordless equipment from Einhell, the scope of supply also includes two high-speed chargers.

The second new arrival in the Bayern fan shop is sure to add that winning feeling to the home: The TP-CD 18/50 Li-i BL cordless impact drill/screwdriver in the FC Bayern Special Edition. As a member of the Power X-Change family, the impact drill/screwdriver is compatible with all batteries and chargers of the platform. The brushless motor enables it to offer greater power and a longer life, while it also comes with an impact drilling function for universal operation, 2-speed gearing for powerful drilling and screwdriving, an electronic speed control allowing adjustment to specific materials and jobs, and an LED lamp for illuminating dark areas. The E-Box Basic universal case includes two 2.0 Ah Power X-Change lithium-ion batteries and a high-speed charger.

“We collaborate closely with Bayern Munich on a range of levels in our partnership,” says Andreas Kroiss, CEO of Einhell Germany AG. “We have now developed another highlight with the two new Power X-Change products in the FC Bayern Special Edition. We are delighted that fans of the German record-holders will in future be able to combine their jobs around the home and garden with the passion and emotions of Bayern Munich.”

As well as Bayern's fan shop, the two DIY and garden tools are already available from Amazon. The Power X-Change platform from Einhell now comprises 250 DIY and garden tools, all of which are compatible with one and the same battery. The range will be successively expanded to 350 tools by 2025. 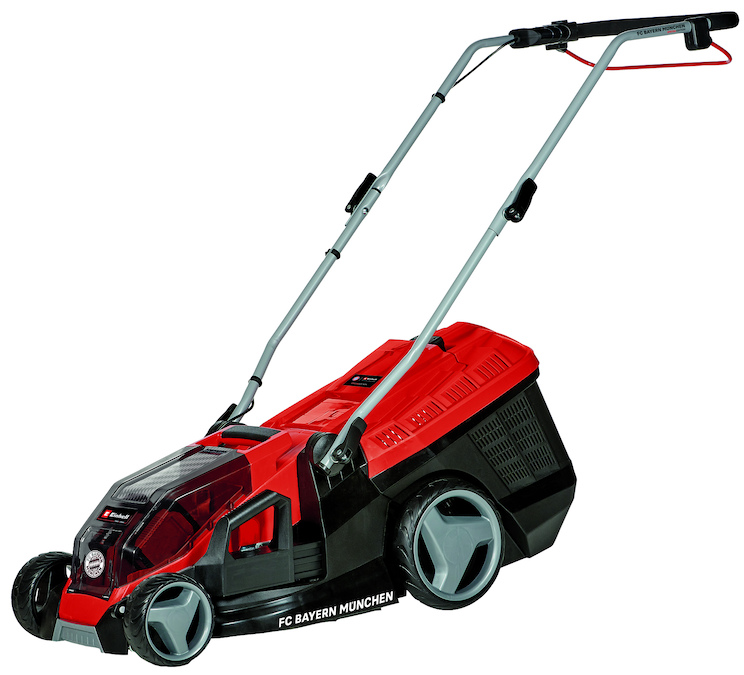 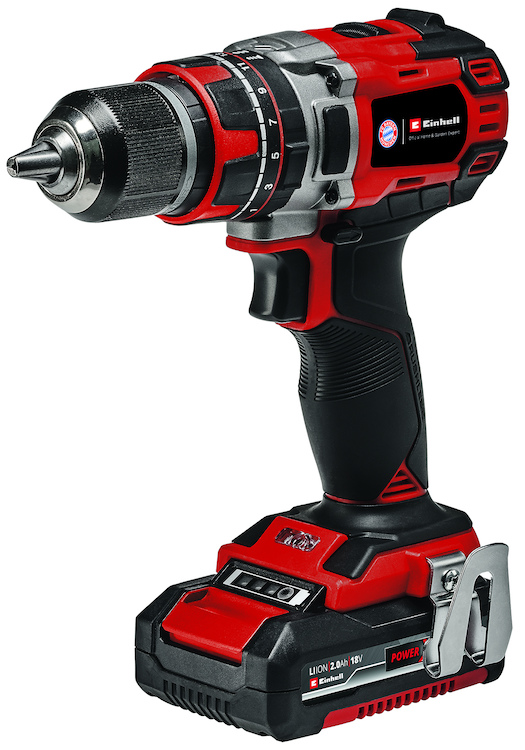